Beneath the Surface:
Volumetric Geometry Processing from Boundary Representations 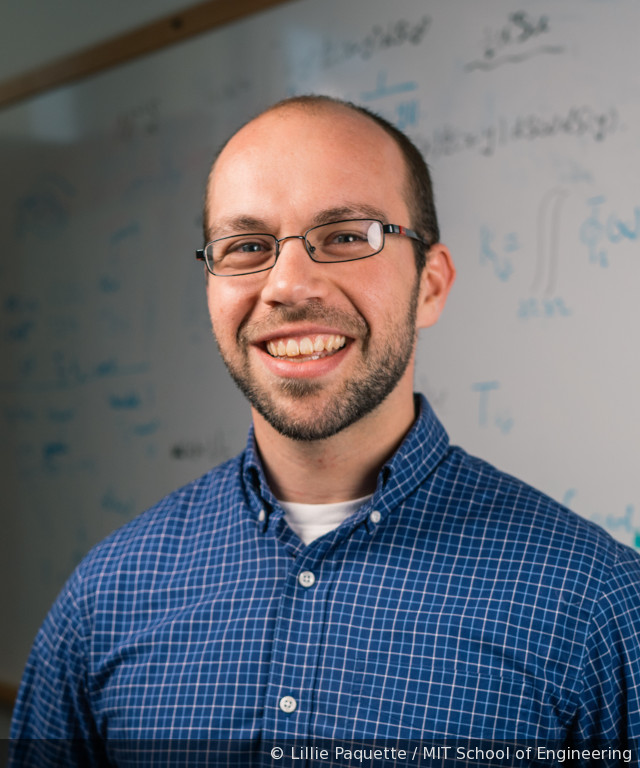 Algorithms for analyzing 3D surfaces find application in diverse fields from computer animation to medical imaging, manufacturing, and robotics. Reflecting a bias dating back to the early development of differential geometry, a disproportionate fraction of these algorithms focuses on discovering intrinsic shape properties, or those measurable along a surface without considering the surrounding space. This talk will summarize techniques to overcome this bias by developing a geometry processing pipeline that treats intrinsic and extrinsic geometry democratically. We describe theoretically-justified, stable algorithms that can characterize extrinsic shape from surface representations.

Justin Solomon is an X-Consortium Career Development Assistant Professor in the MIT Department of Electrical Engineering and Computer Science.

With the advent of 3D sensors, e.g., depth cameras, laser scanners, depth images or point clouds are becoming a prevalent raw representation of the real-world environments. Generating full geometry representation from these discrete data has been a significant challenge, with reasons in two folds: (1) the raw data are usually sparse, noisy, and incomplete, and (2) the complexity and large scale of the real-world scenes put restriction on user interaction, thus requiring a fully-automated process. In this talk, I will introduce our recent work on modeling with knowledge, generating semantics, and closing loop with pro-active data sensing.

Baoquan Chen is a National Changjiang Endowed Chair Professor, also the ​executive director of the Center o​n Frontiers of Computing Studies (CFCS), Peking University. He also holds a professorship at ​ Shandong University. ​He is the Chief Scientist of Beijing Innovation Center for Future Visual Entertainments, Beijing Film Academy. ​ His research interests generally lie in computer graphics and visualization. Chen is the recipient of the ​U.S. ​ NSF CAREER award 2003, ​University of Minnesota ​ McKnight Land-Grant Professorship 2004, IEEE Visualization Best Paper Award 2005, and ChinaGraph Outstanding Achievement Award 2014.
Chen serves/served as the associate editor of ACM Transactions on Graphics (TOG), and IEEE Transactions on Visualization and Computer Graphics (2014-2016). He served as conference chair of IEEE Visualization 2005 and SIGGRAPH Asia 2014, and on the SIGGRAPH Asia Conference Advisory Group (SACAG, 2013-2015). He serves on the steering committee of IEEE VIS (2014-), and the executive committee of China Computer Federation (2011-), an organization of 40,000+ members.
Prior to the current post, he was the ​Dean of the School of Computer Science and Technology, Shandong University (2013-2018), ​founding director of the Visual Computing Research Center, Shenzhen Institutes of Advanced Technology (SIAT), Chinese Academy of Sciences (2008-2013), and a faculty member at the University of Minnesota at Twin Cities (2000-2008). Chen received an MS in Electronic Engineering from Tsinghua University, Beijing (1994), and PhD (1999) in Computer Science from the State University of New York at Stony Brook. 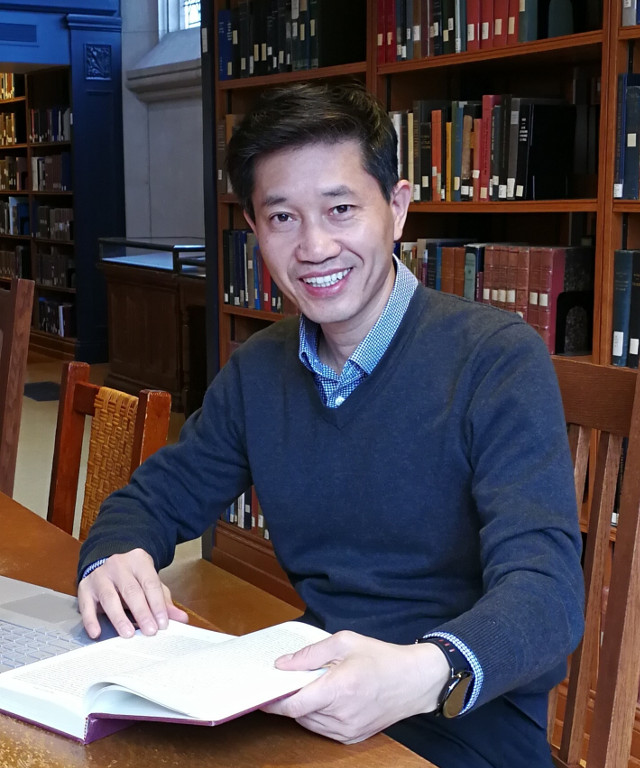 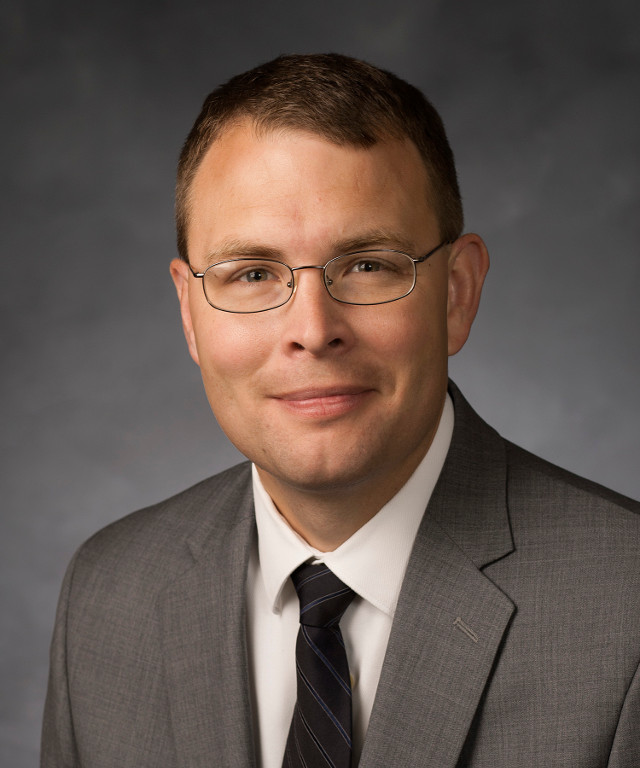 Achieving high fidelity simulation results across a wide spectrum of application areas depends strongly upon the analysis-suitable nature of the underlying geometry. Several examples, among many, include shells, contact, boundary layer phenomena, and shape and topology optimization. In these examples, the exact watertight representation of smooth geometry and a properly formulated underlying basis is essential for accurate and robust solution behavior. Additionally, in CAD, properly formulated geometry mitigates the possibility of producing so-called dirty geometry that greatly hampers downstream analysis operations and integrated design-through-analysis workflows. In this talk, I will provide a précis of the emerging field of analysis-suitable CAD and its use in the isogeometric simulation of structural applications.

Dr. Michael Scott is an Assistant Professor of Civil and Environmental Engineering at Brigham Young University and director of the computational geometry and mechanics lab. His research interests lie at the intersection of computational geometry, mechanics, numerical methods, and relevant engineering applications. In 2016 and 2017, he was named a “Highly Cited Researcher" by Thomson Reuters. Dr. Scott is also co-founder of Coreform, a technology startup focused on integrated approaches to engineering design, analysis, and optimization for challenging automotive, marine, and aerospace applications.

In recent years, we have started observing radical changes in how things are made due to a tight linkage between computers, data, and advanced manufacturing processes. Methods from computer graphics have contributed significantly to this development. In this talk I will describe recent progress in the area of computational fabrication towards novel concepts for reproducing objects with nontrivial shapes and topologies. Among several projects, I will present FlexMolds, a novel computational approach to automatically design flexible, reusable molds that, once 3D printed, allow us to physically fabricate, by means of liquid casting, multiple copies of complex shapes with rich surface details and complex topology. I will then investigate the design of objects that can self-deform. I will introduce CurveUps, curvy shells that form from an initially flat state. They consist of small rigid tiles that are tightly held together by two pre-stretched elastic sheets attached to them. Our method allows the realization of smooth, doubly curved surfaces that can be fabricated as a flat piece. Once released, the restoring forces of the pre-stretched sheets support the object to take shape in 3D. CurveUps are structurally stable in their target configuration. All approaches will be illustrated with examples. Finally, I will give an outlook of the field and present open challenges.

Bernd Bickel is an Assistant Professor, heading the Computer Graphics and Digital Fabrication group at IST Austria. He is a computer scientist interested in computer graphics and its overlap into animation, biomechanics, material science, and digital fabrication. His main objective is to push the boundaries of how digital content can be efficiently created, simulated, and reproduced.
Bernd obtained his Master's degree in Computer Science from ETH Zurich in 2006. For his PhD studies, Bernd joined the group of Markus Gross who is a full professor of Computer Science at ETH Zurich and the director of Disney Research Zurich. From 2011-2012, Bernd was a visiting professor at TU Berlin, and in 2012 he became a research scientist and research group leader at Disney Research. In early 2015 he joined IST Austria. He received the ETH Medal for outstanding dissertation in 2011, the Eurographics Best PhD Award in 2012, the Microsoft Visual Computing Award in 2015, an ERC Starting Grant in 2016, and the ACM Significant New Research Awards in 2017.
Bernd's work focuses on two closely related challenges: (1) developing novel modeling and simulation methods, and (2) investigating efficient representation and editing algorithms for materials and functional objects. Recent work includes: theoretical foundations and practical algorithms for measuring and modeling the deformation behavior of soft tissue; simulating and reproducing fundamental properties, such as elasticity, surface reflectance, and subsurface scattering; and computational design systems for efficiently creating functional artifacts such as deformable objects and mechanical systems. 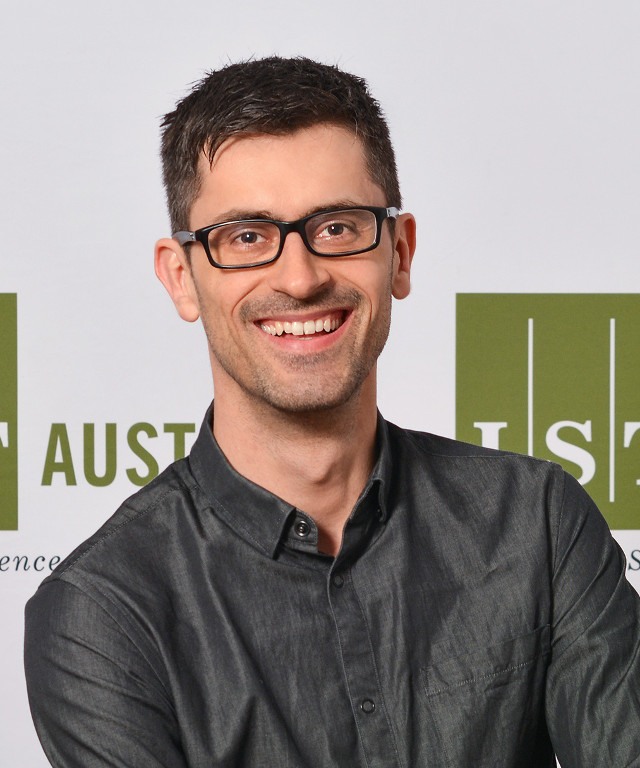 Institute of Science and Technology, Austria